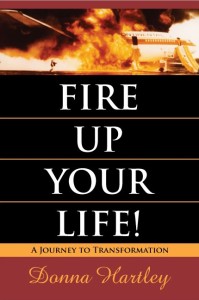 I survived a DC-10 plane crash on a March 1 and move forward in time and I was  diagnosed with Stage III Melanoma  on another March 1st . Melanoma. My fears consumed me.  I was going to die. I was going to leave my six year old daughter behind with no one to raise her. I had to fight for my life. I was scheduled for three procedures in one day at San Francisco Melanoma Center. I developed a Ten- Step Perfect Plan to Health. I became pro –active. I became part of the solution.  I went to the top of the mountain at Squaw Valley, California with my daughter and that is when I felt the shift.  I felt like I was climbing the highest mountain in my life and I had to do it. It was my metaphor. I was operated on the next week. The surgeons found no cancer in my body.

Lesson learned… When you are fearful you have to search for the truth within. What is causing your dis-ease? Let it go and forgive.

Get your copy of Fire Up Your Life! at Amazon.